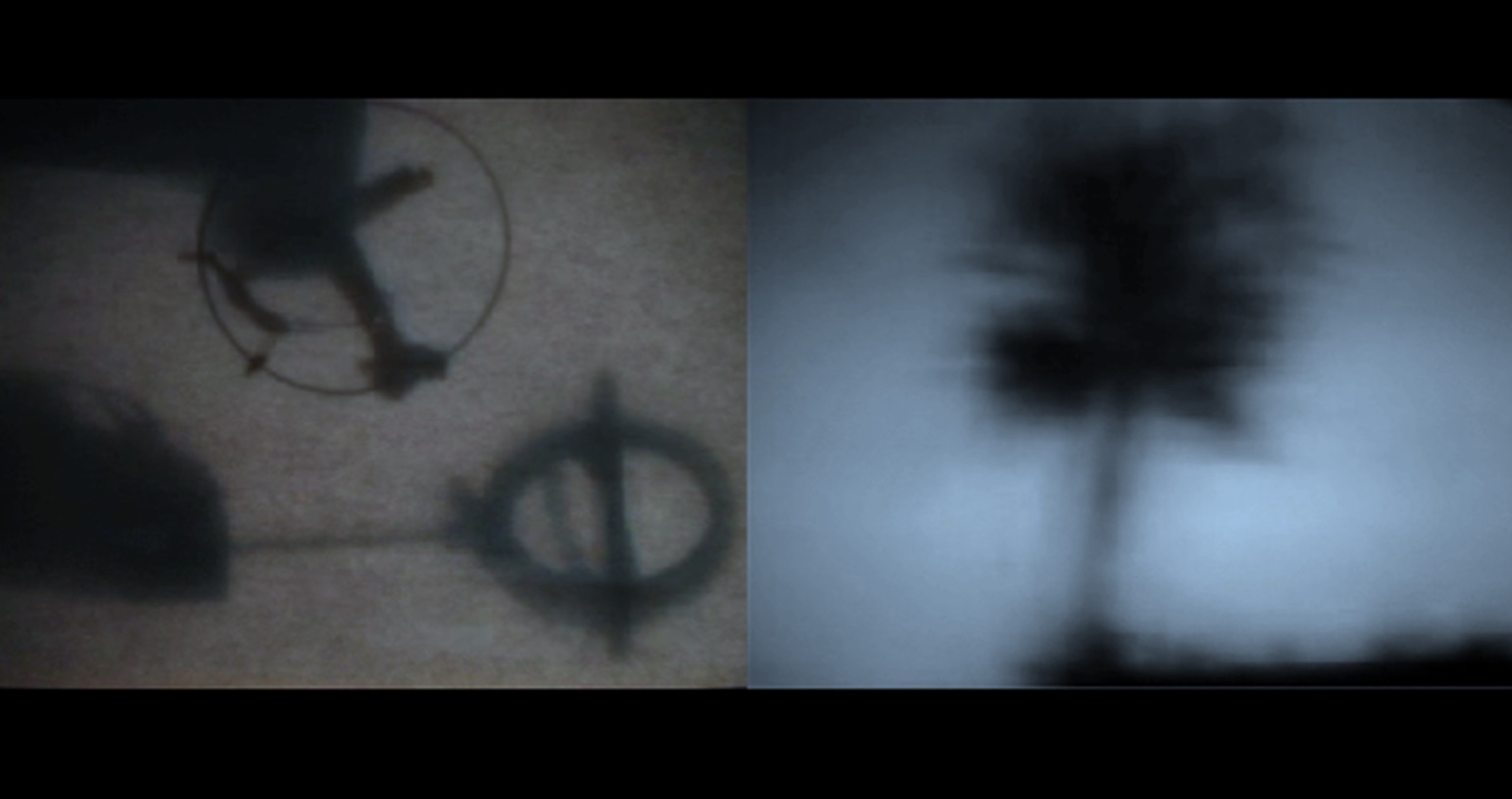 These autonomous agents are networked together via max/msp and speak to one another through the Net. The robotic events are backlit and filmed as shadows behind a white screen. The constructions are causal as well, each influencing something else such as the agitation of a plant (in Dunning's case) or the manipulation of photographs (Todd's machine).

Shadowplay imitates a kind of (mytho-poetic) perpetual motion machine as they continuously send data packets back and forth between themselves in a private dialogue, enacting an infinite loop.

There is also an audio feed which is generated through the use of close micing and manipulation in msp, which is then re-broadcast into the exhibition space. The live video of the robotic apparati is projected large, side by side, like a widescreen cinematic display.