the language of power from Brad Todd on Vimeo.

This work utilizes an antique heater (1917) and railway lineman lamp, a video of a handshake, an arduino microcontroller and 125 feet of black cable.

Inscribed with the brands "Majestic" and "Wonder" respectively, the heater/lamp combination enact a primitive form of dialogue: one turns on the other, killing the power to itself, back and forth in an infinite loop of consumption. The heater glows to a fluorescent orange, a humming electrical buzz its signature voice, while the ultra-bright white led in the lamp audibly switches on and off, going from 0 lux to an optically painful brightness. Mediating this hermetic exchange is the image of two disembodied hands, bearing the demeanor and signification of industry, business and political interests, coming together in an endless handshake. Coiled excessively beneath this system are thick black electrical cables, the transmissive agents which power this tableau.

The installation can be seen as a rumination on power, in both literal and figurative senses. As polemic, the work speaks to the latent relationship between industry, corporate and political interests and natural resources that are seemingly exploited in the service of an endgame trans-national bid for cultural, ideological and militaristic dominance.

As a poetic distillation and examination of the more liminal aspects of this notion, the work drifts into darker territory, with gestures towards sublimated dominant/submissive tendencies inherent in both personal and social/public interactions (as embodied in the cables nod to bondage), deleterious closed door deals, and the sense of a deep-time struggle with the coda of existence - heat and light being two a priori elements in human evolution/survival. 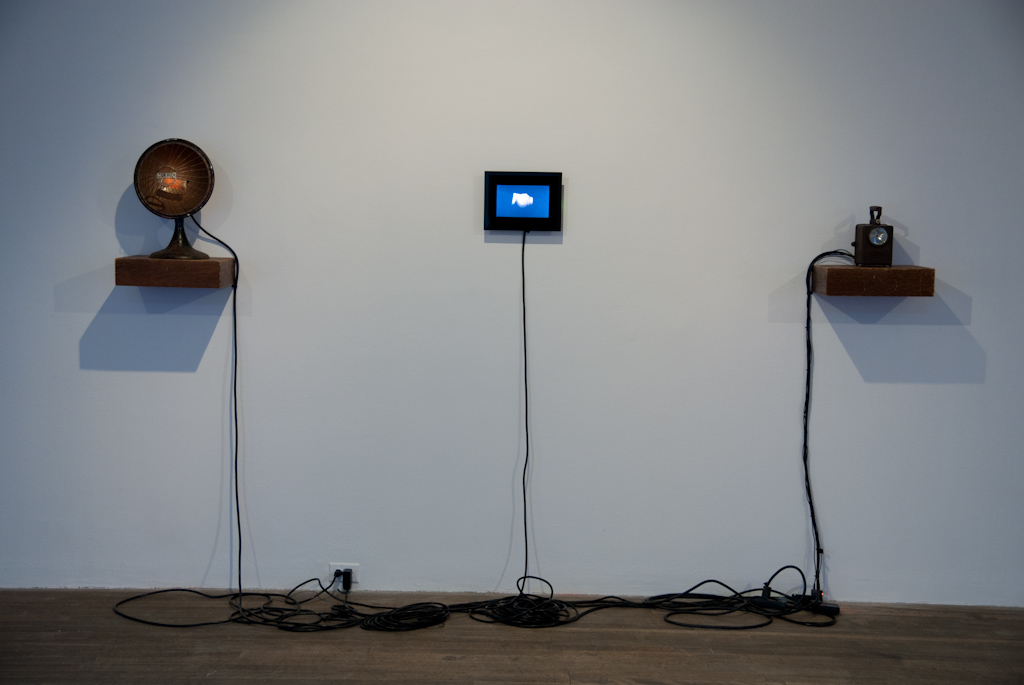