A kinect camera captures outlines of persons in the street and transports them into video of a forest scene where they acquire antlers and tails. After a brief real-time presence in this tableau the tracked figure disappears from the forest and enters the starfield in the window projection on the second floor.

The stars represent all of the figures who have ever appeared in the forest, and their appearance and behavior are visualizations of their time spent (saved in a local database), which is intended as an infinite archive or record of each transient individual.

The third floor projection is of the running back-end code of the system, evoking a sense of omniscient control. This work is a three screen, three floor rear-projection system and was a Canada Council media arts commission with Oboro gallery in Montréal. 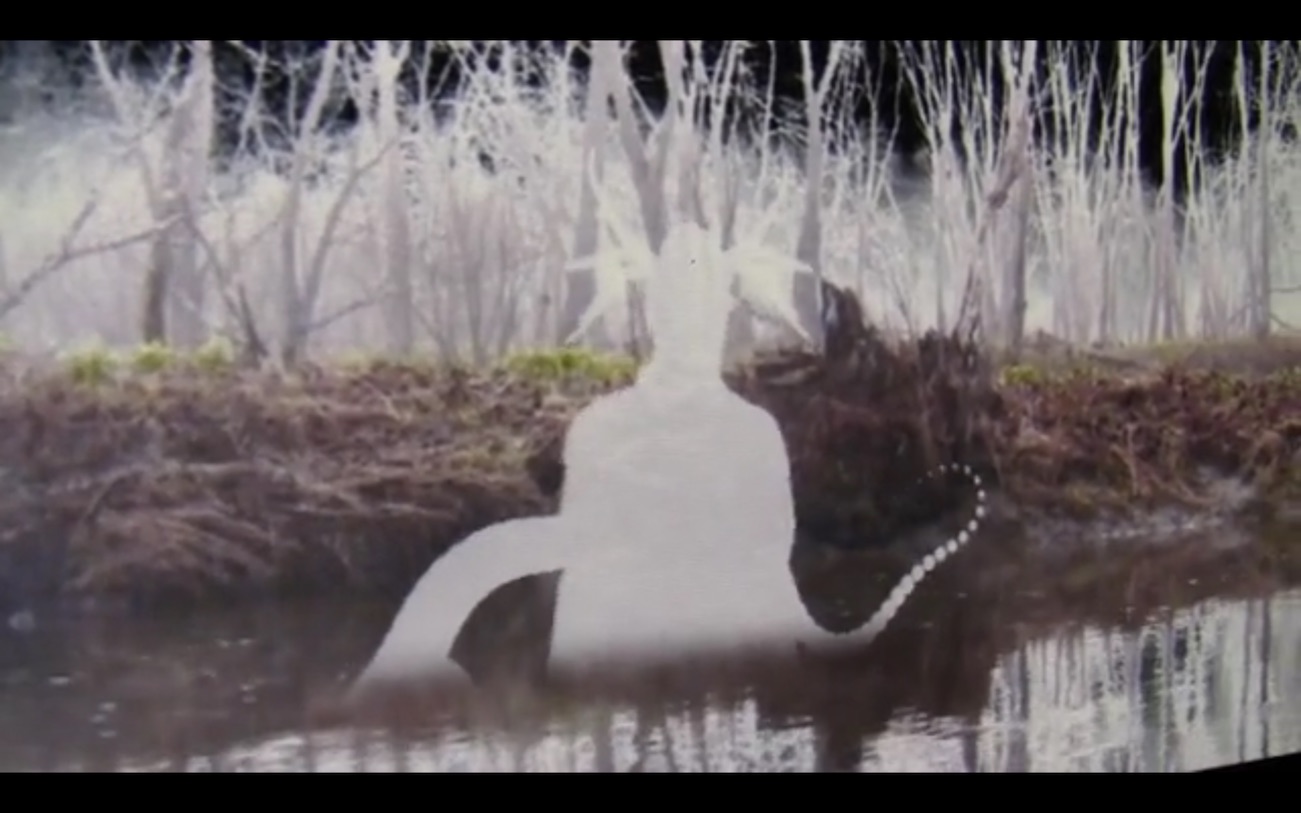