This work consists of a database of up to 200 "film noirs" spanning the decades of 1930-65. Depending on context the piece has flexible screening times ranging from a live scored performance of 35min to an unlimited cycling of days, weeks or months for exhibition/screening purposes. The system reads a film randomly from the database and extracts only the color black from the image in real time and presents it in inverse visibility against a letterboxed tableau.

The outlines and shapes of the black areas of the image are tracked and trailed, blurred and processed over time, resulting in a languid and almost luxuriant re-telling of the film(s) rendered in an ink black and grey scale image which oscillates between silken abstraction and representation (see video).

This film has two states in which it can be shown. In the first iteration Ian Ilavsky (constellation records, sofa, a silver mt. zion, re; ++) and myself generate a live electro-acoustic score during a 35 minute screening. The projection in this instance is at a cinematic scale and the source film being processed is a custom edit of Carol Reed's "Odd Man Out" from 1947.

The second option is that it is presented with an accompanying soundtrack, which is amenable to screenings in varying scales from LCD screens to large projections including cinemas and building facades and is independent of the live performance. This iteration can run for any length of time. 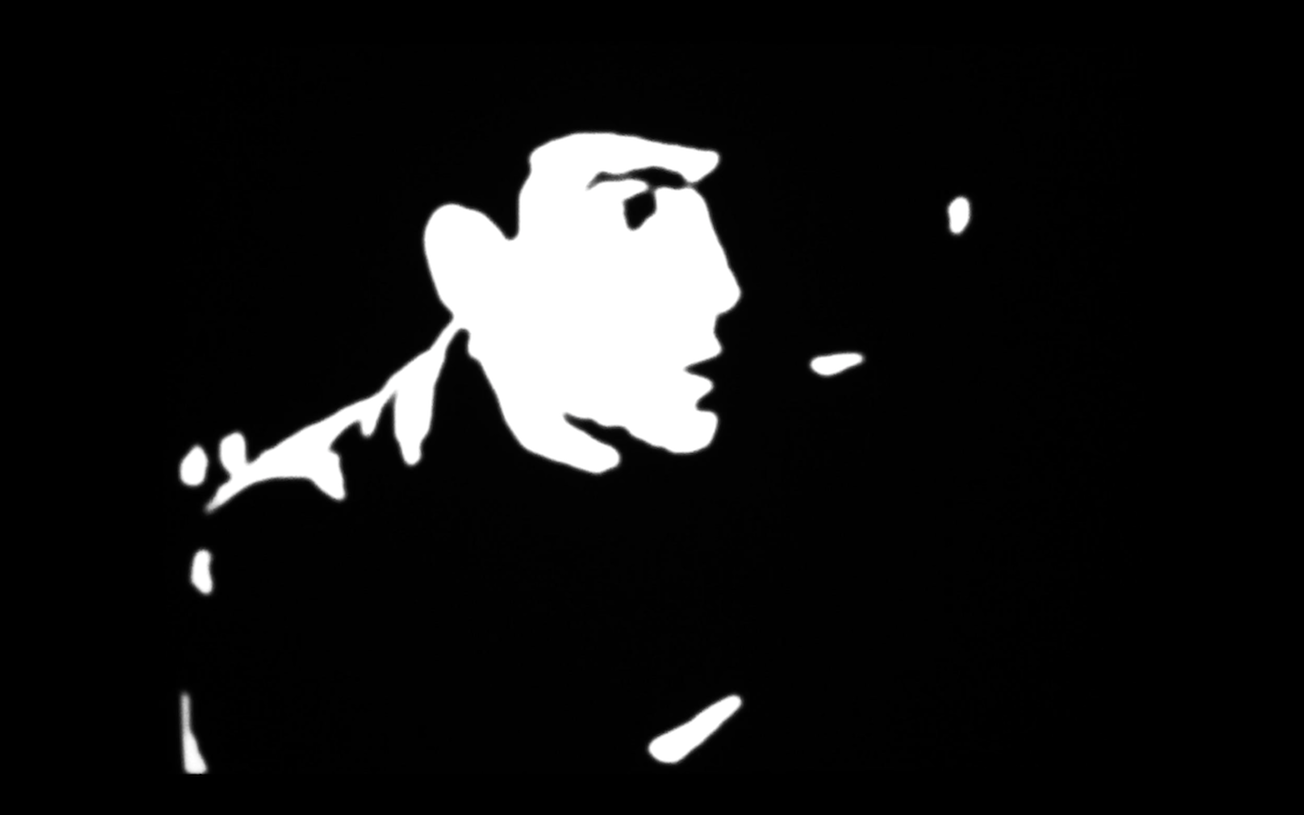